Tweak says, "Or coming and staying?"

I’ve got news for you baby. You’re looking at the man.

Paul is highly intelligent, able to read people and situations fairly easily, and can talk himself into (and out of) just about any environment for better or far worse. He knows how to play the game and yet he isn’t as perfect as he likes to think that he is. Not by a long shot.

The drinking comes from his father’s side of the family and his mother never protested when Paul began to hit the bottle harder than he should’ve. That was before he left home for greener landscapes and an unknown future. He doesn’t tell anyone about those demons, preferring to leave any dirty laundry in the basket as it can be used against him. Keep your nose clean, his father would say to him during those early days. Using the examples set before him Paul feels as if he has a good perspective on life and what it brings. He makes friends quite easily though whether that is strictly for the purpose of using them to do his bidding or simply so that he doesn’t have to be alone hasn’t been figured out yet.

He can be passionate, determined, and allow himself to be caught up in dramatic situations. He can be compelling when standing before a problematic situation that requires his people skills and inherited traits to get him out of unscathed.

Money isn’t the reason that he works at Zion; he has plenty of green at his disposal should he need it, though it requires more burden than he is willing to give currently.

APPEARANCE
Standing at an average six foot, Paul has learned to compete in the arena of stylish fashion for the age when the time is appropriate; he will stop at nothing to ensure he is always the best looking man in the room. His hair is a major factor in his appearance; Paul has brown hair that is always groomed to perfection in a style that compliments his flawless skin and square jaw.

His eyes are as blue as the Texas sky in the middle of a cloudless summer and Paul has a smile that could warm the coldest of hearts. He’s known for his ability to charm the pants off of most anyone due to the necessary amount of charisma he has learned to exude in his public life. His own moral compass hangs in the delicate balance.

Privately he can still be put together in a sense, but it isn’t uncommon for those who do manage to get close to not see him for days if he’s gone feeling sorry for himself or trying to outrun his sordid past. Paul keeps himself in shape as much as possible, utilizing any resource available at Zion in an effort to maintain his athletic physique for no other purpose than indulging his perfection. 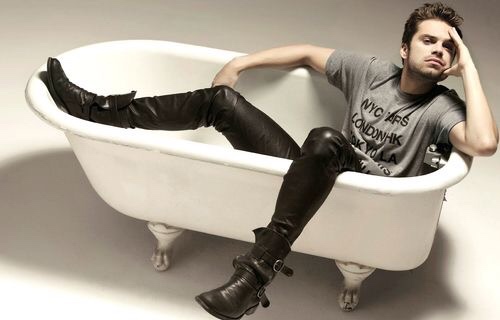